Behind the Scenes Tour DyslexiaEd.com

Take a behind the scenes tour of the Dyslexia Educational Network (DEN) Broadcasting at DyslexiaEd.com. Robert Langston founder, author and father of a fourth generation dyslexic child, takes us inside the members only section of DEN. Langston talks about why he established this first ever broadcasting company dedicated to dyslexia. He speaks plainly about his vision, commitment and content contribution to DEN's members while clicking through the sites special features, original content and future production schedule. DyslexiaEd.com was lunched as a high value / low cost broadcasting resource site to serve it's parents, teachers, administrate and dyslexic membership. 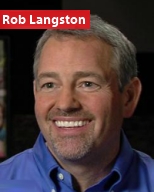 Rob Langston is the author of For the Children, Redefining Success in School and Success in Life and The Power of Dyslexic Thinking, How a Learning Disability Shaped Six Successful Careers. He is the founder of the For the Children Foundation an organization dedicated to raising awareness for children with learning challenges. Rob has spoken to half a million students across the United States, sharing his powerful educational, inspirational and motivational messages. He is routinely called on by major media sources such as Psychology Today, Radio Disney and Major Television News Networks for his expert advice. Rob is also a distinguished speaker in the business world, serving for over a decade as a resource consultant to Vistage, the world’s largest membership CEO and business owner organization. Rob lives in Athens Georgia were he served on the State Advisory Panel For Special Education for the Georgia Department of Education for seven years as well as serving on the Alumni Board of Directors for the University of West Georgia for three years. Rob currently serves on the Board of Trustees for the Churchill Center and School for children with Learning Disabilities in St. Louis Illinois. On July 7, 2011 Rob founded the Dyslexia Educational Network a broadcast company dedicated to delivering educational, motivational and inspiration content in the most accessible way for dyslexics and the people that support them.

Rob's contributions to dyslexia began back in 1991, and have been leading up to the founding of the Dyslexia Education Network: