Bella Thorne (Dyslexic) a day in the life


You My Be Dyslexic If…


Shake It Up Star Talks Dyslexia 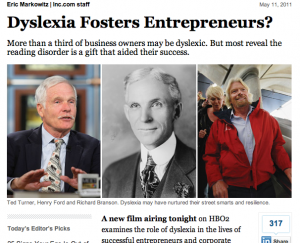 
HBO Documentary Films: I Can’t Do This But I Can Do That Trailer (HBO)