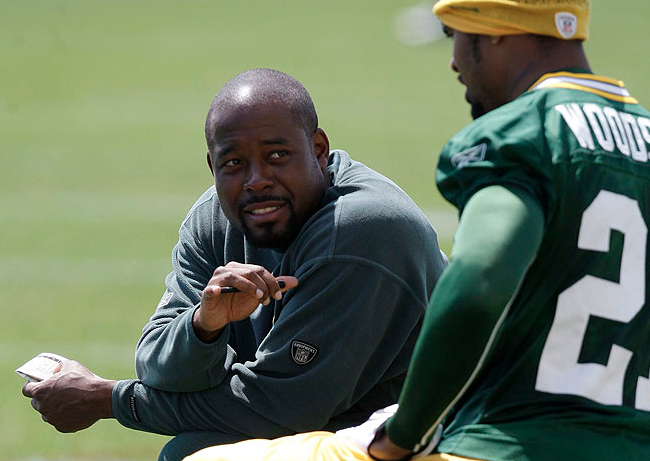 By Lori Nickel of the Journal Sentinel

The night before Joe Whitt Jr. was supposed to get up in front of every Southeastern Conference football and basketball coach and athletic director to give a speech as the student advisory representative, he pulled out his notes.

Reading them, the old anxieties came back.

So he made a bold choice: He would memorize the speech. And toss the notes.

The next day, he got up in front of all those famous, powerful people and hit a home run. He delivered on the key topics, spoke with confidence and authority and was congratulated by the SEC's biggest names for a job well done.

But what they didn't know - what most people didn't know, what even he didn't know for a long time - was that he had to memorize that speech. He was dyslexic, and reading that speech might have just garbled the whole thing up.

"It's a curse. But it's a gift at the same time," said Whitt. "You just have to not be afraid to get help. And then you can flourish from there."

Taking on the challenge

Now, the Green Bay Packers defensive backs coach is still working around the challenges of dyslexia. He has just completed "The 48 Laws of Power" by both reading it and listening to the book on tape.

And now he's reading "The Power of Who" page by page.

"And with my dyslexia, it's hard for me," said Whitt. "It takes me a long time to read a book, to be honest with you. But I fight through it. I'm trying to read as much as I can, because my kids are young and I want them to see Daddy reading."

Whitt has an agenda here, starting with his 6-year-old son and 4-year-old daughter, but reaching further than that, if he can help it. He is a "geek" - as in, the nationwide library campaign that encourages everyone, especially children, to use these carefree summer days to crack open a book and open their worlds.

When Whitt opened up about his dyslexia right before Super Bowl XLV he looked like a good role model for the library campaign, so they contacted him and he agreed to help.

Whitt poses with the Lombardi Trophy and his Super Bowl XLV ring in his home office in Alabama and the photo is displayed in libraries all over his home state: Joe Whitt Jr. "Geeks" Competition.

There was a time when this subject was very painful for him, mostly because he didn't know what it was. He never knew anyone with dyslexia.

"I just knew I was being pulled out of class up until fifth grade," said Whitt. "As a kid I was terrified to be called on in class to read aloud. In the ninth grade, I started telling my teachers - all the way up to my professors in college - don't call on me to read. I'm not going to do it. Because I was just terrified.

"And at the same time, I'm president of the class, now. I made good grades. It's just - I wasn't very good at reading. I had dyslexia."

His father, Joe Whitt, is legendary in the SEC and Alabama, a gifted former assistant coach at Auburn who helped the Tigers win five SEC titles and appear in 17 bowl games. He also coached 20 players who were drafted in the NFL. But he probably just worked around his dyslexia, never officially diagnosed, as well, said his son.

As for Joe Whitt Jr.'s son, yes, he looks for signs of it constantly, but only because Whitt wants to make sure he can help his son in every way possible and encourage him to not give up because reading is hard.

You just don't tell a Whitt he can't do something.

"I could care less if my kids play sports," said Whitt. "It's OK if they want to. But what I want is them to be given every chance to be successful through their education."

Whitt believes his dyslexia actually might enhance his memory skills. He was told about a recent development in which research showed some people with dyslexia might have excellent peripheral vision.

To Whitt, that was no surprise at all. For him, his memory is exceptional. He also gave his high school graduation speech from memory, not notes. And he said his dyslexia presents no challenges to him in his role with the Packers.

"And I can see that my dad has the same memory that I have. He can give a speech off of memory, just look at a couple of bullet points and go with it."

So there's really two messages here from Whitt, who delighted in seeing Miami Heat superstar LeBron James reading before one of the NBA Finals games.

"I want to get kids to know that it's cool to read," said Whitt. "Right now, especially in the black community, there are too many kids who think the only thing they can do is play football, basketball, or be a rapper or a singer, or an entertainer to make it out of their situation.

"I don't think it's said enough, so I'll say it. I want kids to realize, you can be smart - and still have a learning disability. You have to work around it." 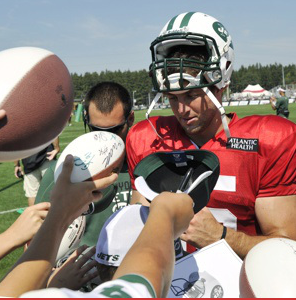 CORTLAND — Tim Tebow was 7 years old when his mother Pam had him tested for learning disabilities. Tebow took a few tests to see how he processed information and what his IQ was. The results showed he was dyslexic.
Seventeen years later, Tebow is sitting on the edge of the Jets’ practice field. The quarterback just finished his best practice of training camp as he sat down with The Post to discuss the challenges dyslexia has presented.
“There’s a lot of people that have certain processing disabilities and it has nothing to do with your intelligence, which I think is a big misconception that people have,” Tebow said. “Coach [Rex] Ryan has dyslexia. He’s one of the most intelligent football coaches around. I’ve always tried to share, especially with kids, to be confident with it. You know, ‘hey, this isn’t something that’s a handicap. You just have to learn how you learn and overcome it. It’s something that you can be better off because of, because you know how you learn.’ ’’
Tebow is a kinesthetic learner, meaning he learns by doing rather than by sitting and listening to a lecture. He said he learns best by walking through things, then writing them down.
Some people have theorized that Tebow struggles in practice because he has a tough time learning the playbook. But Tebow said he does not think dyslexia has affected him on the field at all.
Since the Jets acquired him in March from the Broncos, he has spent his time learning offensive coordinator Tony Sparano’s system and feels he has not had a problem.
“This is my third offense in three years, so I feel like I’ve done a pretty decent job in trying to understand each offense and grasp it,” Tebow said. “Who knows? Pretty soon I might have all the offenses.”
Dyslexia runs in Tebow’s family. Both his father Bob and older brother, Robby, are dyslexic, too.
Tebow was home-schooled by his mother, who would quiz Tebow and his siblings at the dinner table. When he got to college at Florida, he found the classes in Gainesville were easier than what his mother threw at him back home.
“My mom was sometimes pretty tough,” Tebow said. “She made me work hard. I think [college] was easier because I was never the best test taker, but I felt like I was pretty good at doing my work and projects and getting things done and everything like that. So, I was very blessed at Florida to graduate with honors and did some pretty good things there.”
Tebow majored in family youth and community sciences with a minor in communication. He wanted to learn about starting his own foundation and become a better public speaker. At Florida, Tebow was permitted an extra 30 minutes to finish exams because of his dyslexia. But he declined the extra time.
“I felt like if I knew it, I knew it,” Tebow said. “If I didn’t, it wasn’t going to come to me. I just felt like I’m going to study hard and have this information down. I didn’t feel like I needed the extra time.”
He graduated with a 3.7 GPA.
Tebow now spends time speaking to children with dyslexia about what he’s been through. Many of the kids feel insecure about the disability.
“When kids get labeled as a dyslexic, they think, ‘oh man, does this make me dumb? Does this make me stupid? Does this make me not as intelligent as this person?’ Absolutely not,” Tebow said.
Kids now see an NFL quarterback, who is one of the most popular figures in the country and who overcame his learning challenge.
“I’ve always looked at it like if I can take this and help kids that might be shy about it or insecure about it,” Tebow said, “or it’s something that affects their self-esteem, then I’m glad I have it.”